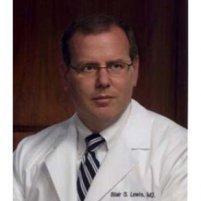 Dr. Lewis's experience as a top gastroenterologist in New York City means he's skilled in identifying colonic polyps in patients at his practice on Manhattan's Upper East Side, using the most advanced methods to remove and evaluate polyps so patients can feel confident in their care and their diagnosis.

What are colonic polyps?

Also called colon polyps, colonic polyps are fleshy growths that grow on the lining of your large intestine, or colon. Polyps tend to grow slowly and cause few or no symptoms when small. Some, but not all, polyps develop into colon cancer. Having routine colon cancer screenings is the best way to identify colonic polyps when they're small and treatment is simpler and more effective.

How can I tell if I'm at risk for colonic polyps?

Colonic polyps can occur in anyone, but there are some factors that increase the risk of developing them, including:

How are polyps detected?

Most polyps are detected either during a colonoscopy exam or when they grow so large that they begin to cause issues with your bowel function. Large polyps may also cause feelings of bloating and discomfort, and some polyps may cause rectal bleeding, constipation or diarrhea lasting more than a week. The America Cancer Society advises patients 50 years of age and older to have a colonoscopy every 10 years. People with risk factors for colon cancer, like a family history of the disease or a personal or family history of polyps should have a colonoscopy every five years beginning at age 40.

Are all polyps cancerous?

No, most polyps are not cancerous. Many people develop benign polyps as they get older as part of the natural aging process.

What happens if I have polyps?

If polyps are discovered during your colonoscopy, they'll be removed during the procedure so they can be studied in a lab. If the polyps are determined to be cancerous, you may need additional testing to determine the best course of treatment for optimal results.

Colonoscopic polypectomy not only removes precancerous growths from the colon, but replaces surgery to remove polyps. Dr. Lewis specializes in the difficult polyp, a benign polyp not removed by a previous physician due to the polyp size or location. These patients are typically referred for surgery but surgeons refer these patients on to Dr. Lewis. Some gastroenterologists are leery removing polyps in the right colon or cecum due to the thinness of the colon in this area and the perceived increased risk of perforation. Dr. Lewis performs saline assisted polypectomy or endoscopic mucosal resection that allows polyp removal in thin areas of the colon by injecting a cushion of saline under the polyp prior to its removal. Polyps that are particularly large or rest across a fold or on the backside of a fold can also be removed by using special techniques such as retroverting the instrument in the right colon. Polyps can be shaved off the colon wall in a piecemeal technique avoiding large single cuts to the colon wall.

If you have any questions, please contact our office.

Words from our patients